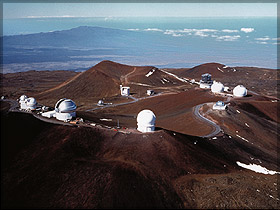 If you missed the webcast:

The NASA EDGE web cast page is still active, and the program has been split up into multiple parts. Just visit that page and begin watching; or join us on NASA EDGE's Ustream channel to find past shows, including the Venus Transit.

NASA EDGE is proud to join forces with the Sun Earth Day Team to celebrate the Transit of Venus! On June 5, 2012, we aired a live 'remote' webcast from Mauna Kea, Hawaii, through our partnership with the University of Hawaii Institute for Astronomy. The event was not visible from the continental U.S. in its entirety. A mountainside Visitors Station site near the observatories in Hilo, Hawaii gave a wonderful view of the entire transit to a worldwide audience. Leveraging our partnership with the University of Hawaii in Hilo enabled us to bring you real-time images of the transit for the duration of the event in various wavelengths of light.

This webcast emphasized the history and importance of Hawaiian astronomy and its connections to NASA space science. It used the backdrop of Mauna Kea, combined with world class University of Hawaii (UH), NASA scientists and Hawaiian cultural leaders to weave multigenerational stories combining ancient ways of knowing with modern scientific discoveries. The University of Hawaii Institute for Astronomy is a premier astronomical research facility and host to the Mauna Kea Observatories, one of the most important observational astronomy sites in the world. Mauna Kea is a unique astronomical research facility, emphasizing respect for Hawaiian cultural beliefs, as well as protection of environmentally sensitive habitats. The exceptional stability of the atmosphere above Mauna Kea permits more detailed studies than are possible elsewhere, while its distance from city lights and a strong island-wide lighting ordinance ensure an extremely dark sky, allowing observation of the faintest galaxies that lie at the very edge of the observable Universe.

Earth's climate was seriously chilled during the Maunder Minimum (1645-1715) when no 11-year sunspot cycles were detected.