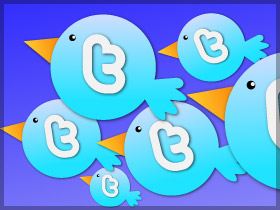 Our goal is to help you connect with a growing and vibrant social media community during all phases of this celestial event! We also want to help you spread the word about the Transit of Venus by sharing content, facts, videos, images and links about the transit with your networks. To get started, share the message that on June 5, 2012 at sunset on the East Coast of North America and earlier for other parts of the U.S., the planet Venus will make its final trek across the face of the sun as seen from Earth until the year 2117!

How to participate before the Transit:

How to participate during the Transit:

How to participate AFTER the Transit:

Start spreading the word by sharing information with your colleagues, audiences, social media avenues, list-serves, and partners! To get you started, we've provided a few sample Tweets and Facebook posts.

NASA EDGE: The NASA EDGE team will be hosting the live webcast from the top of Mauna Kea, Hawaii.

Solar Dynamics Observatory: SDO will be sharing high-resolution, never before seen views of the Transit throughout the transit!

The Sun Today: Alex Young from 'The Sun Today' will appear on the webcast to share information about the Sun, Space Weather and the Transit.

All magnetic fields are produced by moving or spinning charged particles...somewhere